The GTK UI v 2.0.3 on Linux is not showing all of my torrents. I currently have 28 total torrents (as seen in deluge-console and on the web ui), but the GTK UI only shows 24.

Feel free to count on the below image. Interestingly as well, it states 24 under "States - All", but 28 in "Labels - All" 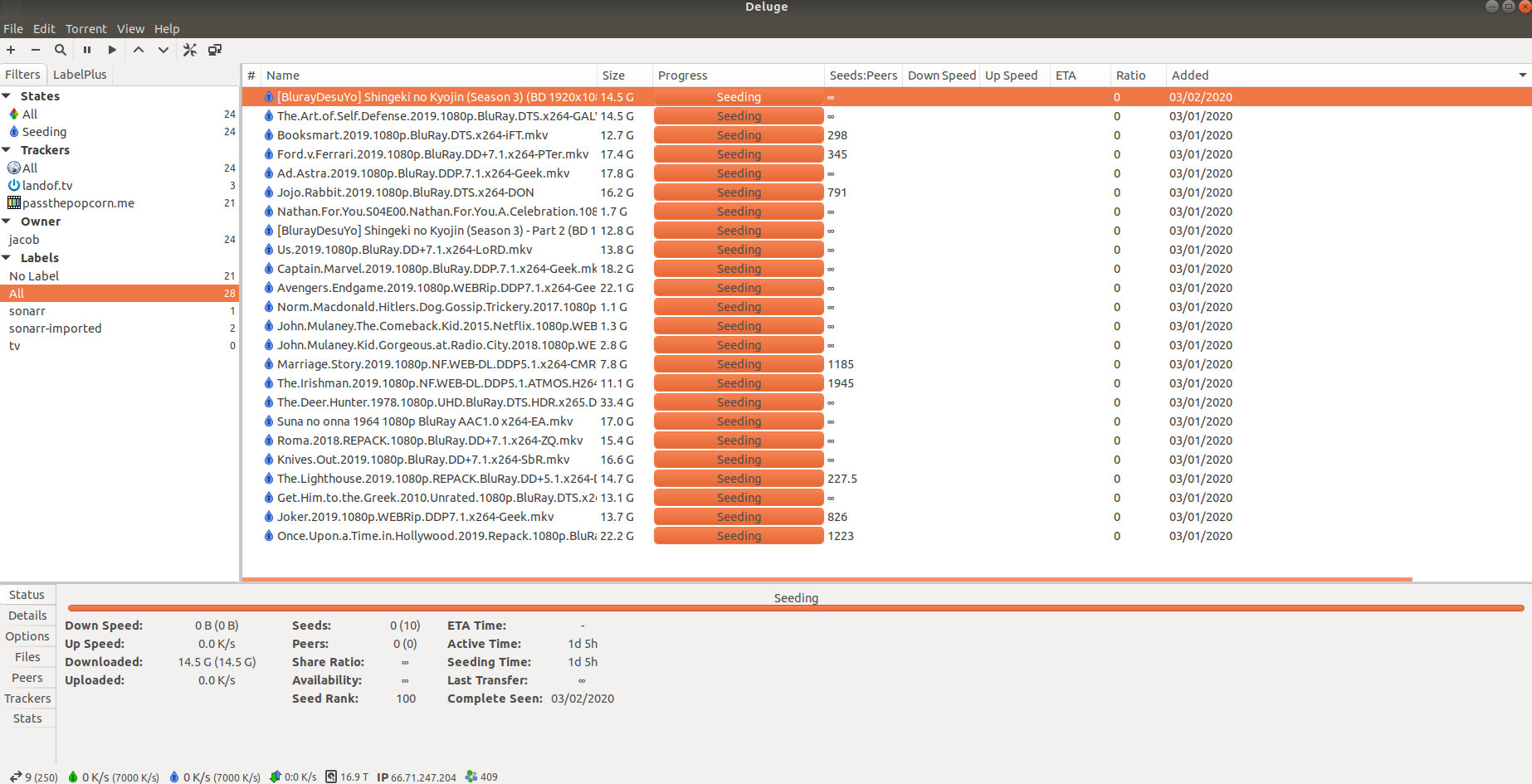 And here's a screenshot of deluge-console showing all 28 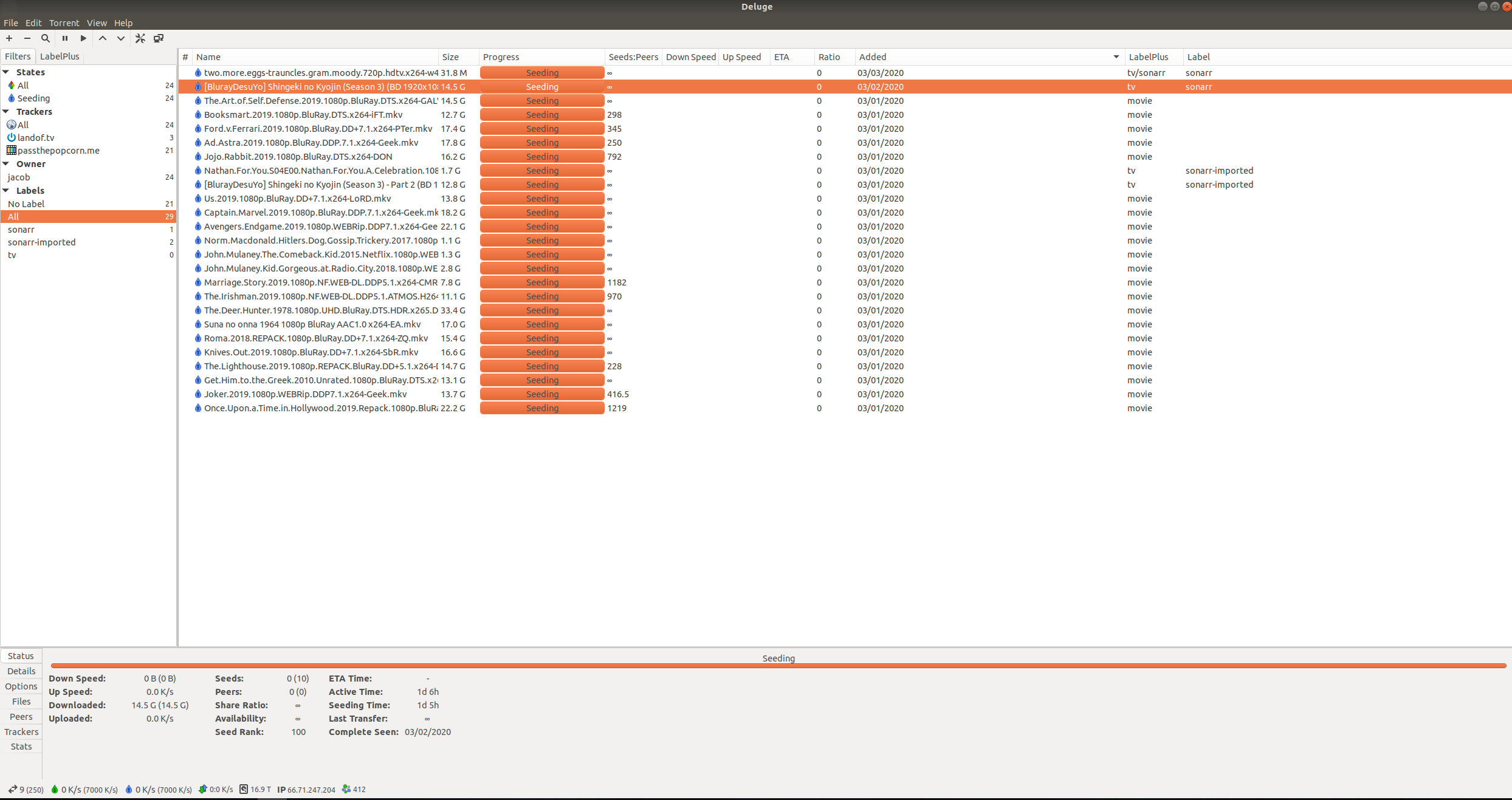 Edit2:
I am starting to think that the issue occurs with all torrents added via sonarr. If I add a torrent manually, it will show. However, the torrents exist in deluge-console and appear correctly in the deluge-web, so why is the GTK UI having issues displaying these torrents added with sonarr?
Top

I'd like to state my interest in this solution as well. Torrents added by Sonarr through the web console are not being seen in GTK. I doubt it is a Sonarr issue since it is just using the web API to add the torrents. The strange thing is that the counts and the transfer stats are accurate but I cannot make the torrents show at all. Version of server/web console/client are all 2.0.4.dev23 for me, installed on current Arch through their user repository.
Top

Any ideas on this?
Top

I also see this issue, but I note it only tends to happen when I add a lot of torrents at the same time via the GTK-UI. Especially when deluge is also fairly "busy". I wonder if that's the same case when torrents are added via sonarr?

So to be clear:

1. Adding lots of torrents via a watch directory is no problem. I've added literally hundreds of torrents this way all at the same time on a running
deluge client and they are handled correctly and eventually find their way into the thinclient view, no matter how busy deluge is.

Has anyone found a way to bring the thinclient into sync? The only way I've found is to delete the torrents from the webui and then re-add them, more slowly.
Top
Post Reply
4 posts • Page 1 of 1