Sorry, just quickly wanted to add that if having same issue as Ognisty321, then he used default deluge theme, and he reported after changing to other theme, mantis-dark theme here, he didn't experience it for last 12 hours, so for affected seems a viable work-around(to use other than default theme, which also btw was removed from gtk4 as was neglected and not much used or developed on) (Edit: It's default in these installers but not gtk3 default theme btw, and in gtk3 just named win32 theme - default in gtk3 is adwaita, which isn't neglected or removed from gtk4).

I personally cannot reproduce myself, testing 7 hours deluge-run in server 2019 exact version/build VM as Ognisty321, so hope it's not a common issue, and isn't of my doing as said - if affected, then use thinclient and if GUI crash, then daemon still runs presumably so download/upload isn't stopped and can restart GUI when needed again - Also imho it's wasting resources having the GUI running all the time, as maybe doubles cpu/ram load, but to each his own of-course. Several reports in general also about crashes occurring often on Linux with deluge2 and/or with yarss2, and reporter here also using yarss2 btw. )

Btw, for people using my "win7" build above, then as was meant for win7 then I didn't include my fixes for win10-like controls on titlebar, so if wanting those back, then I long time ago made a win10 version of dev51 as referenced in the post i linked to previously for the fixes for petersasi's last version, or just use petersasi's version with whatever fixes you need from that post.

Edit: Regarding above, as I guess the libtorrent and gtk3 is little newer in "win7" release, then if still wanna use that, but with win10 titlebar-buttons for default theme or mantis-dark theme, as in my win10 release, then can download and extract this zip and if you used mantis-dark theme then delete in your deluge install-location 'data\share\themes\Mantis' and move the extracted Mantis folder into there instead. If using default theme, then move the extracted win32x folder into 'data\share\themes\' and then also additionally need change the file 'data\etc\gtk-3.0\settings.ini' so it states on second line: gtk-theme-name=win32x instead of just win32, and save it.

Is anyone else using the dev50 branch, and is having issiues with the icons on top is broken, and replaced with triangels ?
Top

Bobby wrote:Is anyone else using the dev50 branch, and is having issiues with the icons on top is broken, and replaced with triangels ?

Seeing this as well.
Top

Anyone know what the reason is that this plugin doesn't work with dev51?

I did samething and it seems to work

Earlier we've talked about aio_threads. But what affects deluge's ability to use multiple cores for downloading?
This is downloading only at a deluge limited ~65mb/s. aio_threads don't have anything to do with that, or does it, i forget.
2.0.4 dev51.

Oh, and is there going to be an update to lib 2.x? 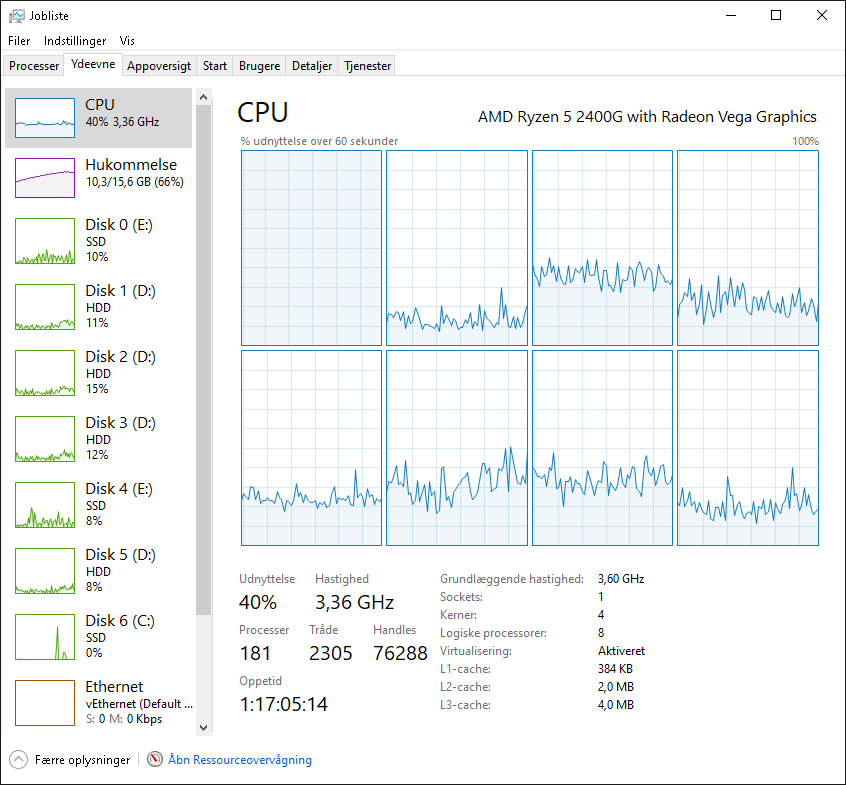 I know you talk to me, but please add @mhertz when talking to me here kindly, as don't post or respond here otherwise, as Peter's thread, but will make an exception here a single time.

Unfortunetly I have no good news, as libtorrent handles network I/O with one thread and as you say only the hashing can be split out with that option which don't help you unfortunetly. Well not only hashing, also disk i/O so as to not block, is included in that setting you mentioned, but still doesn't change network thread sadly, or that is atleast my understanding from reading statements from the two main libtorrent devs.

Oh so it's network I/O, i see.
I got the same result from searching, old results tho. But wasn't sure if it was a lib thing or a deluge thing. Maybe i should try and ask on lib's github and see what happens.
Lib is also 2.x now, so maybe there's enhancements we're missing out on, i don't know.

Either way, thanks for the reply.
Top

You're welcome mate, and I don't know much about libtorrent v2 honestly, other than was intrigued about now using, or defaulting, to memory-mapped files, I guess like rtorrent uses(mmap or something, on nix), and some info hash updating e.g being one of reasons breaking compatibility etc, here's more details on changes: https://libtorrent.org/upgrade_to_2.0-ref.html

Hope Cas or djlegolas, or other helpful dev would add libtorrent v2 support to deluge(djlegolas last added libtorrent 1.2 support and the 1.2.3+ fix regarding multi-homing error-handling etc on-top of Cas's libtorrent 1.1 support, and cannot remember further back

I doubt the situation has changed(regarding network i/O), especially in v1.2.x currently only supported in deluge, but don't know much about it either honestly, so please also take what I say with a grain of salt.

So i've been looking into the 100% 1 core during 500mbit download of a torrent containing multiple compressed archives. It's gone beyond my capabilities, but one of the things mentioned
"One thing that occurs to me; make sure you build boost.asio with iocp enabled. It's supposed to be enabled by default, but it's possible some automatic build configuration is failing and falling back to select(), which can be a lot slower." seemed worthwhile checking out.

How do i verify that it is indeed set correctly?
Top
Post Reply
240 posts